Jul 8, 2014Mar 6, 2016Leave a comment
To the legion of the lost ones, to the cohort of the damned,
to my brethren in their sorrow overseas…
– Rudyard Kipling, Gentlemen Rankers 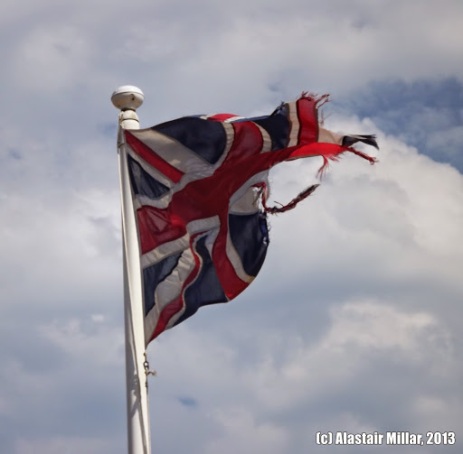 The recent problems with issuing passports are only the latest evidence that the way British expatriates are treated by Her Majesty’s Government today is shameful – something which in the past would have been unthinkable, and is now incomprehensible.

From as early as the 17th century, Britain sent forth her sons and daughters to carve an Empire. The governments of the times sponsored or otherwise supported merchant venturers across the globe, from Hudson’s Bay to the Indian subcontinent and beyond. There was no doubt that much of Britain’s wealth, influence and power arose not only from armed force, but from the sweat and blood of civil servants, entrepreneurs, chancers and desperados of all kinds – not to mention their families, particularly later.

Today, there are estimated to be more than 5 million British expatriates, of whom over a million were born in the UK but are permanently resident overseas. Only China and India send more of their people out into the rest of the world, and an extraordinary one in ten expatriates worldwide is British. However much settling in and ‘going native’ was – and to some extent still is – looked down upon, these expats represent an enormous wealth of knowledge and information about foreign cultures, languages, traditions, and business environments, the type of information vital to success in the global marketplace. In not a few places, they are also standard bearers for British culture, an essential counterpoint to the image of the boozed-up Brit abroad that might otherwise dominate local perceptions and shape local prejudices.

How times have changed, though; in the last two decades, the UK has dismantled most of its support for British citizens who live abroad, on the pretext of ‘efficiency’.

In Prague, for example, the British Embassy first entrusted social activities to the Commercial Section, which in 1997 was behind the creation of a British Chamber of Commerce. Not surprisingly, the Chamber now concentrates on keeping the representatives of blue chip companies happy, and nobody is left to foster a sense of community among the wider British population here.

Further, British citizens who live abroad for 15 years become disenfranchised – unable to vote either in person at Embassies, by postal ballot or by proxy in UK General Elections. In countries where dual citizenship is impossible, it removes those expats affected from the democratic process entirely. Even in Europe, in the Czech Republic dual citizenship was impossible before January 2014, making it possible to register only for local council and European Parliamentary elections. This is the ugly truth behind the ‘free movement’ supposedly assured by the European Union.

And then, there are the passports themselves…

In 1998, Tony Blair’s administration fell into line with the EU common passport format, and it ceased to be possible to have children under 16 included on British passports; now, they would from birth require their own passports, an extra layer of bureaucracy that for most families was an unwelcome additional burden.

Of course, consular fees for issuing passports at the time were far higher than the Passport Office’s own fees, but by making it obligatory for expatriates to obtain passports from the local Embassy, and not by post from the UK, these extra costs were unavoidable. Embassies did at least tend to be quick, with 1-2 week turnarounds typical (although one did need to make sure one was given the correct passport afterwards – in 2004 I turned up from work in suit and tie to be given that of an unemployed bricklayer…).

In 2010, the Brown government concentrated overseas passport processing into seven ‘Regional Passport Processing Centres’ (in Dusseldorf, Hong Kong, Madrid, Paris, Pretoria, Washington DC and Wellington), ostensibly to cope with the demands of biometric passports. For the expatriates, this meant lengthier waiting times, and in many cases additional courier fees.

Despite the investment in the new centres, by the beginning of 2013 the new Con/Lib-Dem coalition had moved all passport processing back to the UK anyway, with disastrous results and what is now an expected wait of at least six weeks. This means that expatriates are as a matter of course expected to accept being without proof of identity or nationality for up to two months!

Temporary travel documents issued by Embassies for ‘emergencies’ cost more than the full passport, while passport extensions are recognised only by 50 countries – even 19 of the 28 EU member states won’t accept them.

Far from being appreciated for what they do for British business, culture and reputation abroad, expatriates today are thus routinely disenfranchised, ripped off and effectively abandoned by their governments. This cannot be good for either the individuals concerned, or their country.

No one government or single political party is to blame. The root cause of these problems is not the desire to save money, but rather the inability of those tasked with saving money or ‘integrating’ with EU directives to understand the real world consequences of their decisions, and the enormous impact on individuals that results. It’s a bitter irony for a country whose influence was built by those whom it now fails to hear.